My interest in wood conservation began my first quarter with a paper I wrote on wood preservatives. Subsequently getting to witness great timbered structures like the nationally registered barn of the Kinney Farmstead or seeing evidence of powder post beetle damage to hand-hewn joists of the 1820s Lundy house further cemented my interest. After taking the Theory of Structures class, I fine-tuned my interest in wood to its structural functions and began to wonder how engineers, preservationists, and timber framers deal with the conservation of our historic wood-framed buildings. 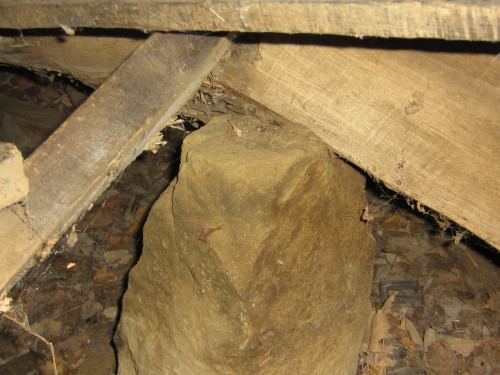 So, for the Advanced Materials Science class this quarter, I have set out to study timber conservation and how to implement the various options of repair. Though I want to have a basic understanding of wood science and the chemistry involved with resins or the physics of different joints, the ultimate goal is to develop technique in implementing the various options of repair and to understand the appropriateness of each to different situations.

At this point, all of my research has been compiled and I’m 20% through the implementation procedures.

Books which have proven very useful are Brian Ridout’s Timber Decay in Buildings, David C. Fischetti’s Structural Investigation of Historic Buildings, Weaver’s Conserving Buildings as well as Wheeler & Hutchinson’s article “Resin Repairs to Timber Structures.” Ridout’s book is interesting primarily in its intent. The book is meant to educate on the science of wood as well as offer thorough explanation on the various agents of decay. His goal is not to educate on the various repair techniques, but to give preservationists or concerned building-owners a foundation by which to understand what repairs, if any, are necessary. He laments the reactionary use of preservatives or irreversible repairs when all that may be necessary is reducing moisture levels in the building environment. 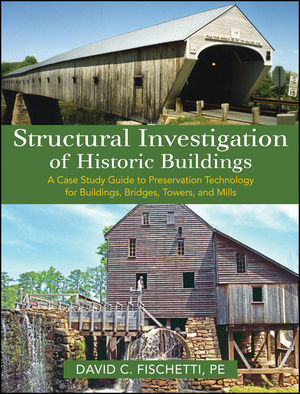 Preservation engineer Fischetti’s book addresses the conundrum of historic buildings, bridges, towers, and mills which have stood the test of time, but cannot pass current testing for structural soundness despite actually being quite sound. He argues that there must be something wrong with our testing procedures. But Fischetti is not blinded by nostalgia – he’s a schooled engineer and understands the complexity of dealing with structural issues in historic buildings. His book is laden with case-study examples of various investigations and repairs to historic buildings all over the country. Martin Weaver’s book has been helpful in its chapter on resins and polymers as well as his succinct pictorial descriptions of various timber repair techniques.

In designing my project, I ideally would have worked at an actual site, but that wasn’t feasible. It would have been very unlikely that I would have found such a structure that provided all the necessary situations to carry out the various repair techniques. So I decided to create mock set-ups. The actual wood I am dealing with is old-growth timbers retrieved from various historic buildings and which display some level of rot or insect damage. 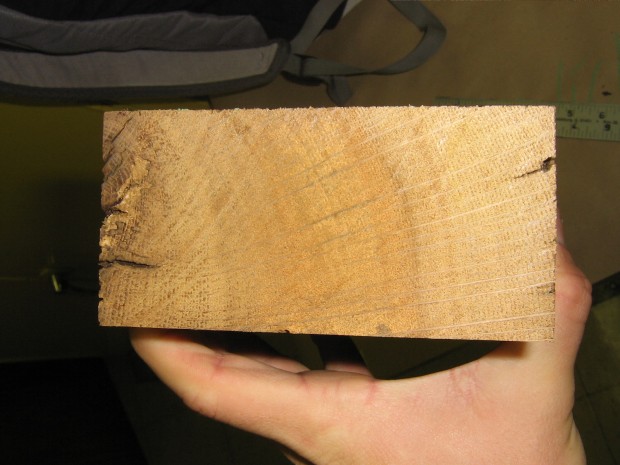 So far, I have retrieved a knee brace from a barn that fell down in Cadiz, Ohio which displays wood rot and likely powder post beetle damage. I was recently offered rotten sills from a historic spring house a mile from my house which are being replaced. The sills will act as my other two mock-pieces.

Repair Techniques which I will be exploring:

Currently, work has begun on a splice repair to the knee brace in which a complicated scarf joint has been carved out. This test piece will incorporate the replication of a missing tenon into the splice and the use of mechanical fasteners (in this case, bolts) to join old and new. The “new” wood has been salvaged from a knee brace from the same barn and will have a high degree of grain matching.

Ultimately, my goal is to make sense of “minimum intervention” when it comes to the conservation of timbers. It seems that much of the conservation world is not only defined by its sensitivity in intervention, but also its sensitivity in the diagnosis. Once all other variables have been dealt with, if wooden members have, through thorough testing and deliberation, been found to require physical repair then the skills outlined in my project should prove useful. 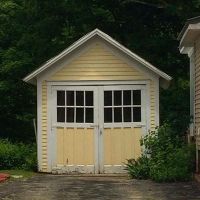