Massena, NY is a town located on the St. Lawrence River in northern New York, just south of the Canadian border. Once economically supported by the railroad and a canal, the car manufacturer, GM, along with Reynolds and Alcoa, Massena has seen better days since GM closed in 2009, removing billions of dollars from the local economy. However, the town has a good stock of historic buildings with tree-lined side streets showing its former prosperity and its potential. We enjoyed walking around town studying its current state and wondering about its past.

Downtown Massena: underground utilities, sidewalk pavers, trees, storefronts – it is clear that there has been investment in this town not too long ago. 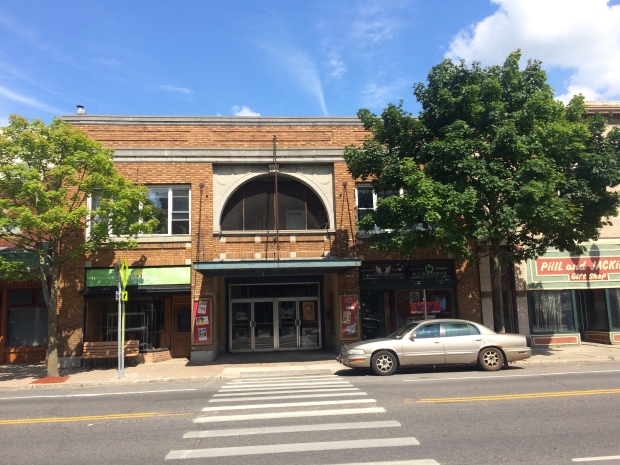 The 1918 Strand Theater on Main Street is currently closed, but rehabilitation efforts are in the works. 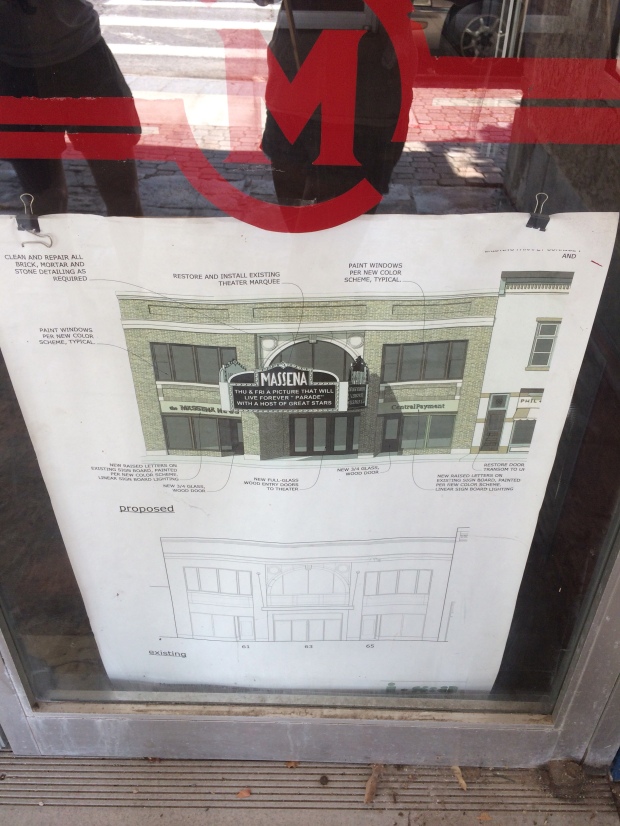 Theater plans in the window. 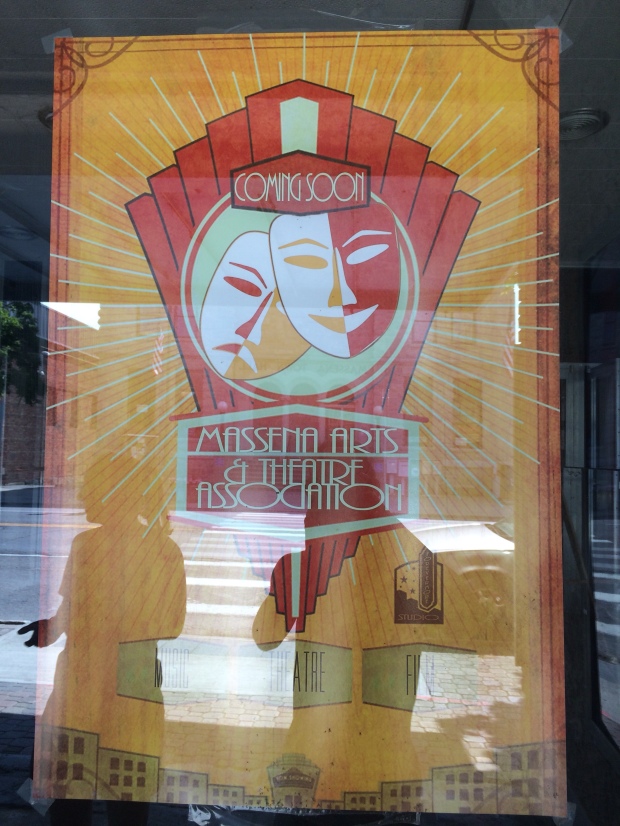 The remainder of the small downtown “main street” includes abandoned buildings (such as the School of Business), building under rehabilitation, empty storefronts, occupied storefronts, a hotel, a post office, and some stores. 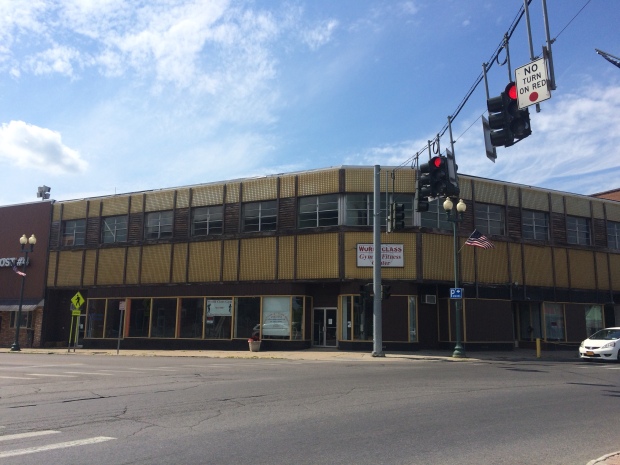 This corner building holds a gym on the first floor. 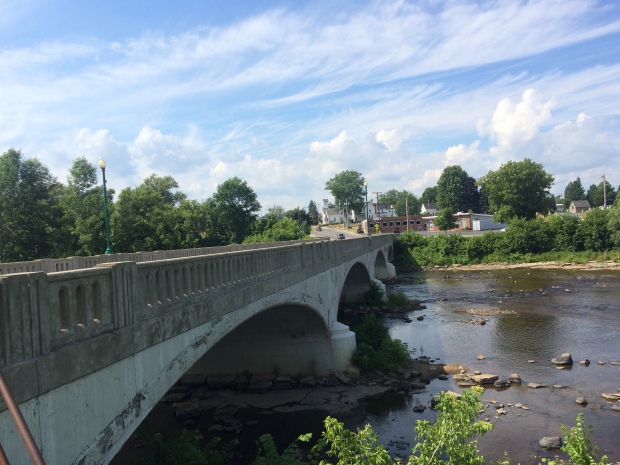 The rehabilitated bridge over the Grass River.

Outside of the downtown block are tree-lined residential streets with sidewalks and historic houses with front porches. There is a large park between Clark Street and Danforth Street (see map below) with a monument in it. It’s part sign, part monument, you could say. 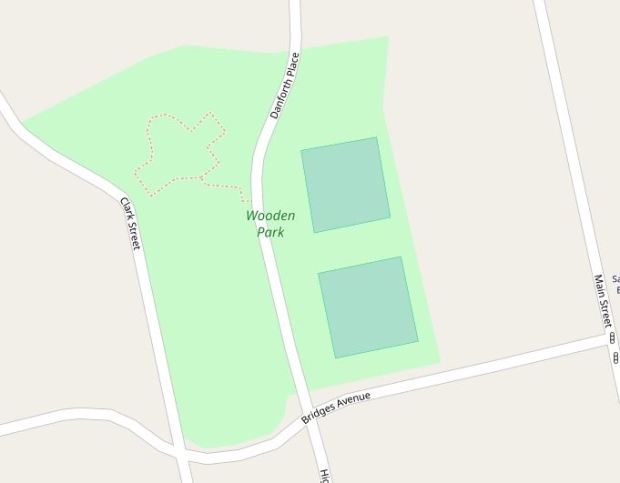 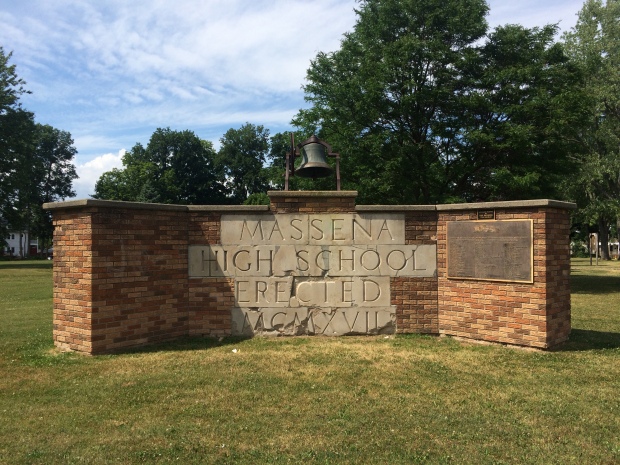 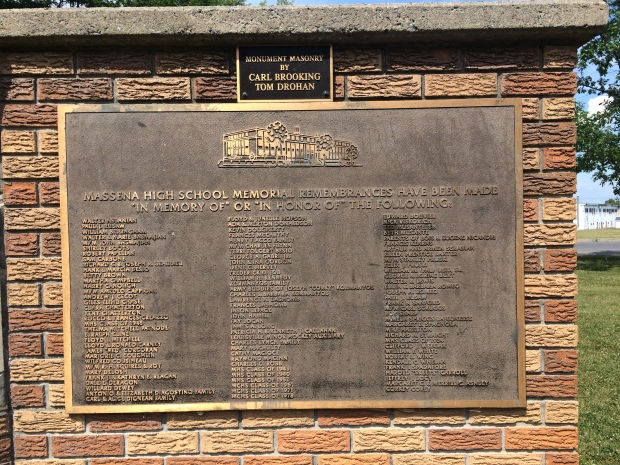 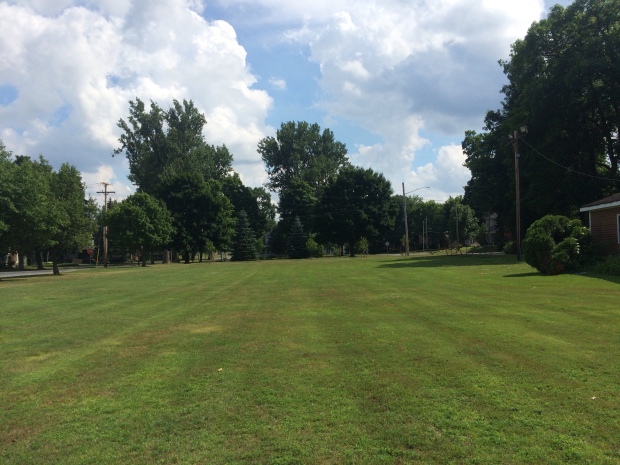 The park and former school grounds as they appear today. The sign is behind me in this photograph.

I wondered what this sign was doing here, oddly located, in the middle of an empty park with nothing else. Where did it come from? A quick look on the map showed it labeled as “Wooden Park.” Other maps showed it as “Old Bridges Avenue Junior High School.” It seems like an odd spot for a school building, as the lot is fairly narrow. There certainly was no parking. What did it look like, if it was a school? When I have a question like this, I turn to historicaerials.com, which usually answers my question. See below. The school filled the entire space between the streets. 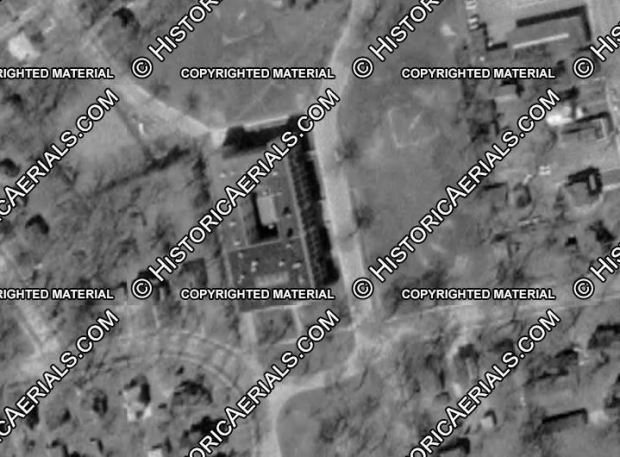 The school is in the center of the photograph with Clark Street on the left and Danforth Street on the right. Note the courtyard in the middle of the school.  Photo: historicaerials.com 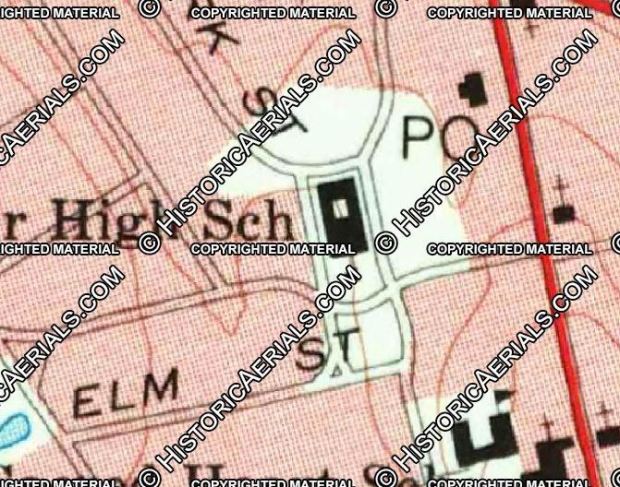 And, of course, I search for images on Google or Cardcow.com or eBay. In this case I searched for old “Massena High School” NY. I vary the quotation marks until I find what I’m looking for. When you have a common phrase such as “high school” it’s best to use it in quotes with its name, otherwise you’ll have an endless list of search results. Fortunately, this search wasn’t too difficult. 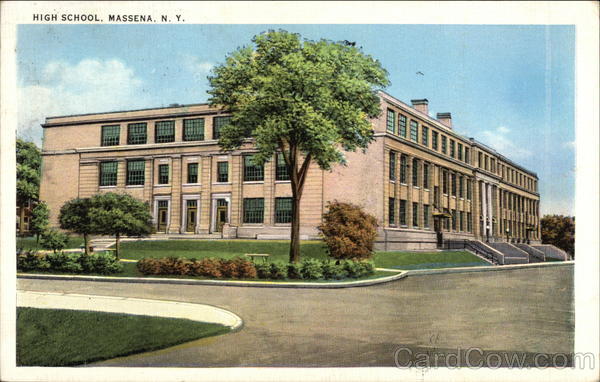 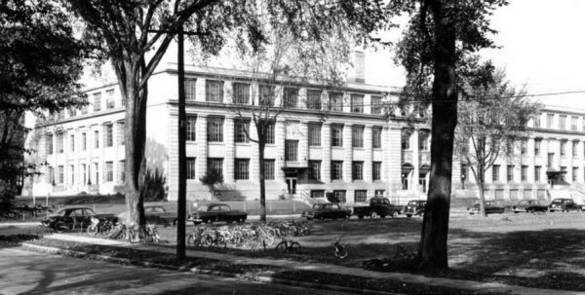 The high school was closed after the 1980-81 school year and demolished in 1986. I was unsuccessful in discovering why it was removed, but I would guess it had to do with expensive upgrades and maintenance issues. In its place a wooden park was constructed in 1990 and removed in 2015. It was officially known as the Danforth Place Creative Playground. Walking across the grass, you can still find wood remnants of the playground. The playground was removed due to deterioration and increasing vandalism and illegal activity on the playground.

And that, my preservation friends, is a simple way to find out answers to “what used to be here?” What tricks do you have? 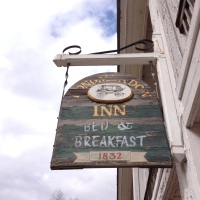 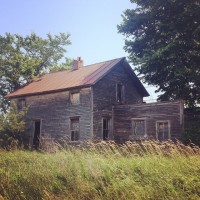