Today’s post is a guest post from Raina Regan (also a repost from her blog). Raina is on the board of the Society for Commercial Archeology and often finds herself answering the question: “What is Commercial Archeology?”  Short answer: it’s not just archeology! Read on, and Raina will answer all of your questions and share how she got involved with the SCA.

A formal definition from the Dictionary of Building Preservation (1996) defines commercial archaeology as:

The study of artifacts, structures, signs, and symbols of the American commercial process; includes both mass-produced and vernacular forms of the machine age: transportation facilities, such as highways and bus stations; roadside development, such as diners, strip retail, and neon signs; business district buildings, such as movie theaters and department stores; and recreation facilities, such as amusement parks.

What do I define as commercial archeology? In short, structures and objects of the commercial landscape. We traditionally look at items starting in the 20th century, including neon signs, diners, theaters, and more.

I’m not really sure how my passion for commercial archeology developed. I’ve always thought I should’ve lived during the 1950s because of my love of diners, seeing movies at drive-in theaters, and ranch houses. Since high school, architecture and history from the 20th century appealed to me the most and my interest in commercial archeology is a natural outreach of this.

My real beginnings with commercial archeology in my preservation career started in 2008. When I attended the National Preservation Conference in Tulsa, OK, I participated in a day-long field session on Route 66. We traveled a section of the historic road, with drive bys of former filling stations and repair shops. We stopped at several icons along the way, but two structures specifically inspired me as a preservationist and historian of commercial archeology. 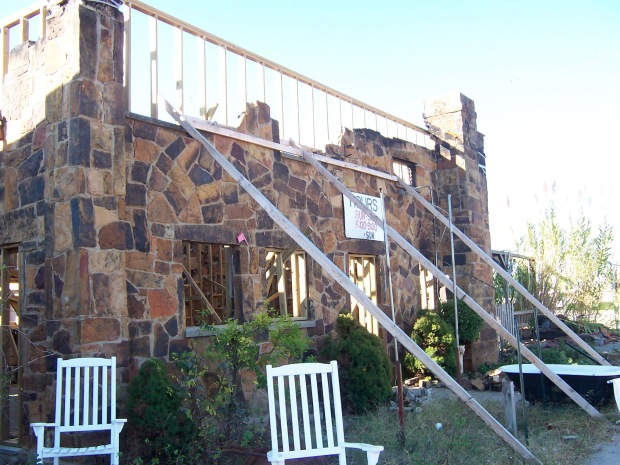 The Rock Cafe in Stroud, OK was recovering from a devastating fire at the time of our visit. But meeting with the cafe’s owner, Dawn Welch, was particularly inspiring. She told us stories about the Cafe and her passion for the road was evident. She was the basis for the animated character Sally Carrera in Cars, one of my favorite preservation-related movies. I know they reopened in 2009 and would love to go back for a visit.

One of our first stops was at Bridge #18 at Rock Creek, Sapulpa, Oklahoma. Constructed in 1924 on the original Route 66 alignment, it is a Parker through truss and is still open to traffic on the historic Route 66. Seeing the original brick road was inspiring as a historian, allowing me to connect with all the travelers that had once traversed this bridge.

Wishing Well Motel, Franklin, IN, off US 31. Photo by Raina Regan. 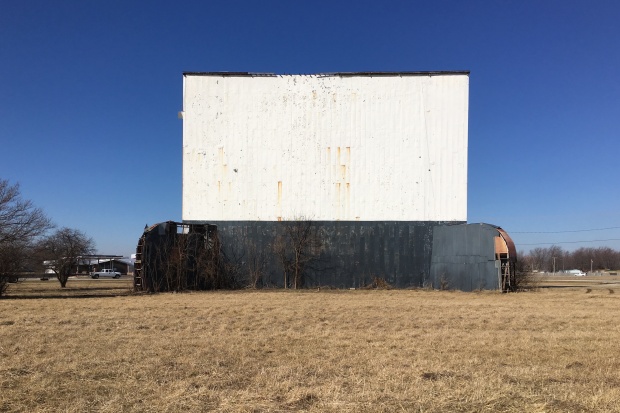 Structures such as diners, motels, gas stations, and theaters are ideal for continued use or adaptive reuse. However, commercial archeology mainstays including drive-in theaters, amusement parks, and neon signs may present more difficult challenges for preservation. For example, the Ski-Hi Drive In outside Muncie, Indiana is slated for demolition. Although the 1952 drive-in theater is a local icon and has strong local support for its preservation, it is located at the crossroads of IN-3 and SR 28 in rural Delaware County. Raising the money needed to return the site back to a drive-in is difficult, while there are not many adaptive use options for such a site. I attribute the strong local support for its preservation because of nostalgia and strong personal connection many have to the site.

2 thoughts on “What is Commercial Archeology?” 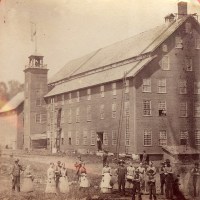