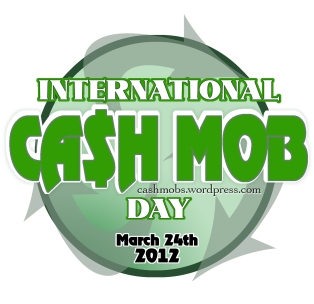 In case you’re wondering, mob refers to people en masse, and not the mob like in The Godfather.  And the term “cash mob” is referencing “flash mob,” in which people break out into choreographed dance or other surprising random, organized activity.

This mass of people will simultaneously enter (let’s say invade) a local business with the purpose of making a purchase of at least $20 in order to help the proprietor. Perhaps this owner experienced a poor year of sales and deserved the extra help because of his/her commitment to the community. It’s like a wave of economic stimulus within one hour. A little community concern, collective effort and positive vibes and actions can go a long way in helping economic vitality and morale.

While not exactly a bricks and mortar effort or a long lasting community change, cash mobs show the importance of supporting local businesses. A cash mob can show a local proprietor just how much his/her business is appreciated. We all know that every little bit counts, whether financial or a friendly smile and a good day. Business owners need their customers, and we need local businesses in our towns and cities.

Check out if there is a cash mob event near you. Vermont has had two cash mobs already, one in Middlebury and one in Waterbury, with two scheduled for Saturday: Barre and Waitsfield (follow @CashMobVermont on Twitter). But events are everywhere! Follow @CashMob on Twitter for more information. Read this article from  Public Radio International for additional information. YouTube has many cash mob videos from around the country and the world.

If there is not a cash mob in your town or area, Saturday would still be a good day to get and support the local businesses and economy. Instead of heading to the usual chain stores, take one minute to consider the local store you’ve yet to patronize. Perhaps there is a local pharmacy or garden supply store or market or stationery store. Give your town a chance. You might be pleasantly surprised.

Aside from thinking about local businesses, I cannot get the term “flash mob” out of my head. Anyone want to turn synchronized cartwheels down the street with me? No? Okay, how about just setting your lawn flamingos outside to enjoy the springtime?  Happy weekend and happy local shopping! 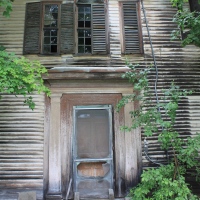 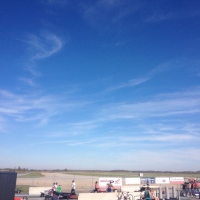 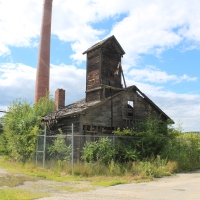