I know I am late in the game here. Humor me, please. There are few television shows that I watch, and those few are the shows to which I am addicted: Gilmore Girls and Scrubs. My love for Gilmore Girls is thoroughly documented, whereas my love of Scrubs is just a new fun fact. Anyway, within the past few months, Vinny and I have finally started watching Mad Men. (Actually, we already watched all 4 seasons. I don’t joke about addictions.) I love Mad Men for the writing, the outfits, the decor, the continuous references to actual happenings in society, the insight into the advertising world and the sheer shock I feel during every episode. I am constantly grateful for the fact that I did not grow up or live until the 1980s and beyond.

Season 3 begins in early 1963; in Episode 2, “Love Among the Ruins,” the infamous Penn Station (yes, that Penn Station) makes an appearance. It’s not a large role, but I loved that a relevant preservation topic was discussed as a background current event to the show. Great job, Mad Men! In brief: Pete Campbell brings in clients who are in favor of razing Penn Station to replace it with an arena. Paul Kinsie sides with the protestors, in agreement with the architectural merit of the Station. Not much else happens in the episode with Penn Station until, Lane Pryce tells Don Draper the HQ (in London) wants the Madison Square Garden account dropped. Don disagrees, believing that it opens the door for the World’s Fair and future Madison Square Garden business. He clearly believes it is progress and the best thing for New York City. He states, “New York City is in decay.” There is no conclusion to this segment – it’s never mentioned again. 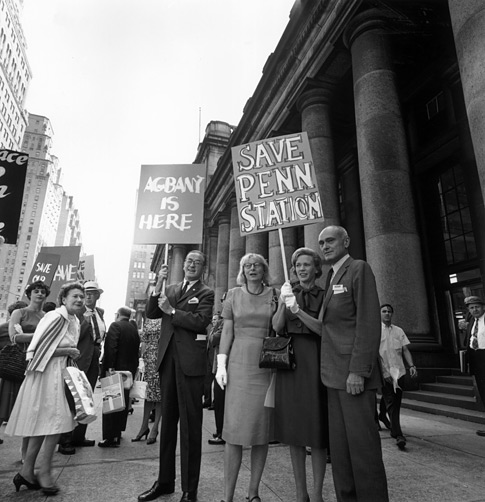 Jane Jacobs and Philip Johnson in front of the old Penn Station in 1963. Life Image/Getty Images. Click for source.

For those who are unfamiliar with the Penn Station case, the easiest explanation is that supporters of the building lost. It was demolished, and the preservation movement grew in greater force and importance. The blog post, “Lead Us Not into Penn Station” by Ed Driscoll offers a good summary of the Penn Station context.  Here is a Penn Station summary from the New York Preservation Archive Project.

You can check out the full collection of HABS Pennsylvania Station photographs at Library of Congress – click here. I think it is time for me to read Preserving New York: Winning the Right to Protect a City’s Landmarks by Anthony C. Wood. In the meantime, I’m still psyched about the mention in Mad Men (as were my fellow preservationists around here, who have also just started watching). If you haven’t started watching yet, you should. 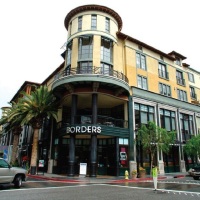