Linn Park in Birmingham, Alabama is located in the center of the government buildings and civic and commercial buildings – it is the heart of the Birmingham – Jefferson (County) Civic Center. On a beautiful spring day, it was the perfect place for strolling and looking at the Alabama blue sky. 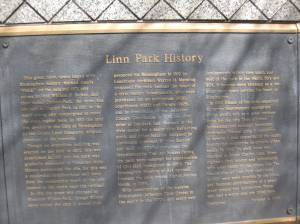 Linn Park History, as seen on plaque in park

[Summarized from the plaque, seen above]. The park has a long and interesting history. In 1871 the city plat map identified the space as “Park” but was then called “Central Park” before being named “Capitol Park” in 1881. At that time, it was the center of residential neighborhood.  In 1918 the park was renamed “Woodrow Wilson Park” and a master plan in 1919 proposed that this site be the civic center of the city.  Soon after the plan, an auditorium, a library, and the Jefferson County Courthouse were built. They still surround the park today.  Over the next few decades, the remaining houses were demolished to create lots for City Hall and the Birmingham Museum of Art. The park was renamed Linn Park in 1980 to honor Charles Linn, the city’s first banker and industrialist. 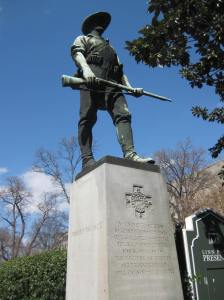 Today, one entrance to the park greets visitors with statues honoring the Spanish-American War and World War I.  Beautiful reflecting pools and a waterfall welcome people to sit and linger and enjoy the warm weather.  A flower garden in the shape of the state of Alabama is obviously more visible to workers in the skyscrapers rather than those of us on the ground, especially when attempting to read “Reach for the Stars” in the design.  While it is almost impossible to read from the ground, it is nice to know the businessmen can be connected to park dwellers. Spring and summer seasons bring concerts and other events to Linn Park, and the gazebo provides a perfect stage.

Reach for the Stars, in the shape of AL

On this beautiful spring weekend, walking in the water felt perfect. It was a shame that it wasn’t concert season. If you are visiting, definitely take a walk through Linn Park. 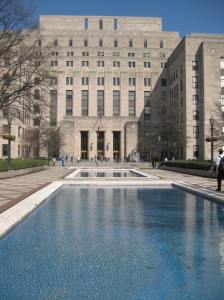 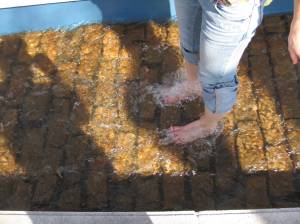 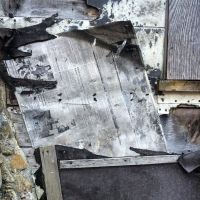